Talk: Increased efficiency can despite our best intentions oftentimes have counterintuitive negative indirect effects that decreases or even reverses the hoped-for positive effects. We build better roads (to reduce bottlenecks and queues and to make the trip smoother and save gasoline), but what happens? People settle further away from the city, leading to more traffic and more time lost in queues instead of less. These perverse effects are as devious and difficult-to-fight as the mythical hydra (see picture below) - cut off one head and two new grow out. These are examples of the "rebound effect" that threatens to foil our plans even when we try to do good for the environment.

- Hilty, L. (2012).  Why energy efficiency is not sufficient - some remarks on "Green by IT"", In: Arndt, H. K. (ed.): EnviroInfo 2012, Proceedings of the 26th Environmental Informatics Conference, Federal Environment Agency, Dessau, 2012
Note: Available in Bilda.

Extra literature (for your amusement):
- Walker, R. (2011). Replacement Therapy. Atlantic Magazine (September issue)
Comment: A very short text about how "our gadgets can't wear out fast enough" - how we have a "gadget death wish" and wish that our gadgets wear out/die as soon as a newer version (think iPhone, iPad) is released. 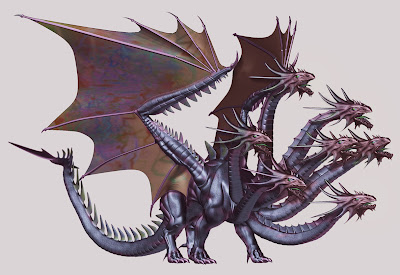